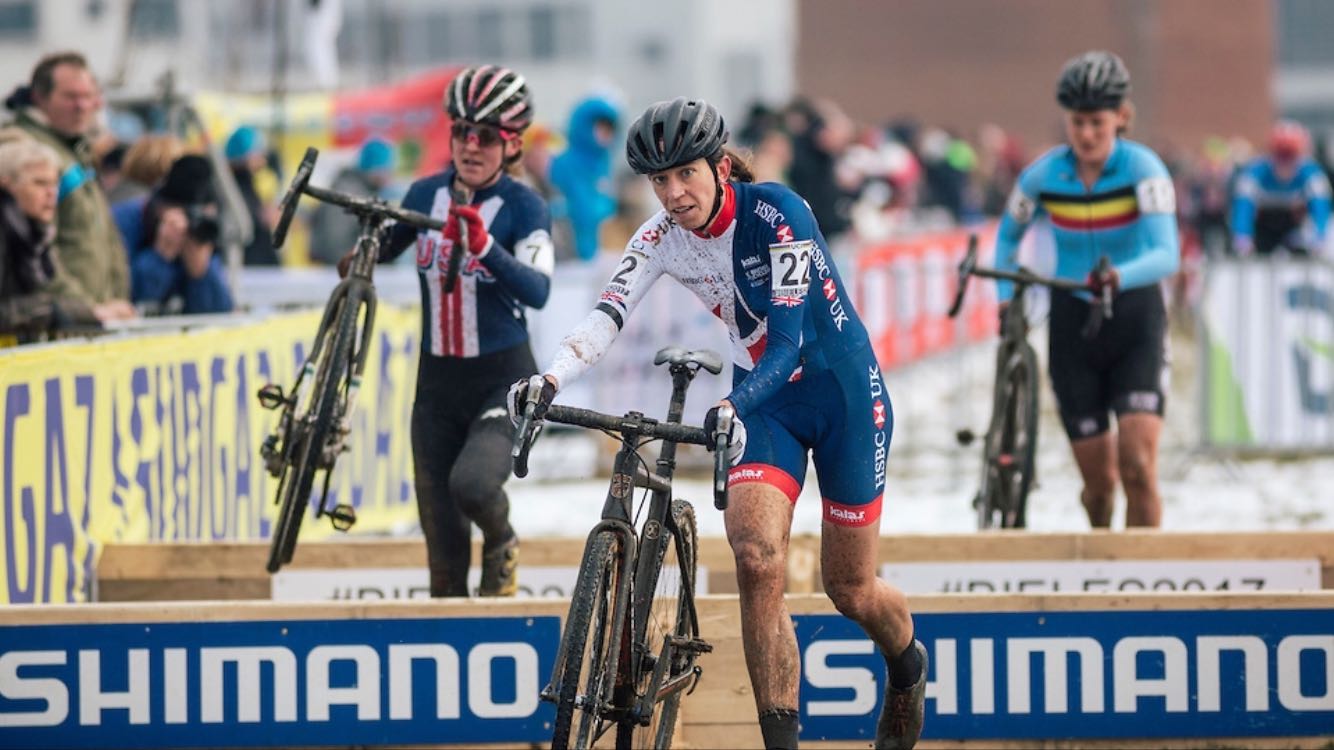 The World Championships are really the pinnacle of any season.  This season was a bit of unknown though, with the course in Bieles having never been raced on before.  Luxembourg put on a great show, with a spectacular course, crazy off cambers, some downhills among the steepest in cyclocross, and conditions that changed every hour.

Only being my second race back after three months out, the icy drops and bumpy rock hard ground weren’t exactly top of my wish list, but it’s Worlds, and you just have to get on with it. My set up was dialled and I finally settled on a custom tread pattern to maximise my chances of moving up the field. Aside from the injury, the major consequence from my crash was me tumbling down the World Ranking due to missing so many events.  A 3rd row start isn’t something I’ve had in over 10 years, but I need to get used to it as it’s going to take a whole season to get back in the top 8 ranked riders again.

My Start was OK, solid, I managed to miss crashes and problems other riders were having and got into the top 20, my charge forward faltered a little as I got caught in a group.  The conditions meant all riders had different areas of the course they excelled on, giving my group a big accordion effect, as I passed, and got passed. Eventually I got to the front and drove the group, picking up a few spots before the finish.

16th place; to me it was a win being there.  But after the 6 months of preparation I put into this season, it’s a deflating number. I have had better opportunity than ever before the season, and I know I used it; I’ve never train harder, smarter, or longer.  But no one can plan on things gong wrong and at least now that I’m back racing again I can smile. I’m certainly proud I made it back this season, and now I have 3 more races left to try to get back into the front end of a race and hopefully a podium!